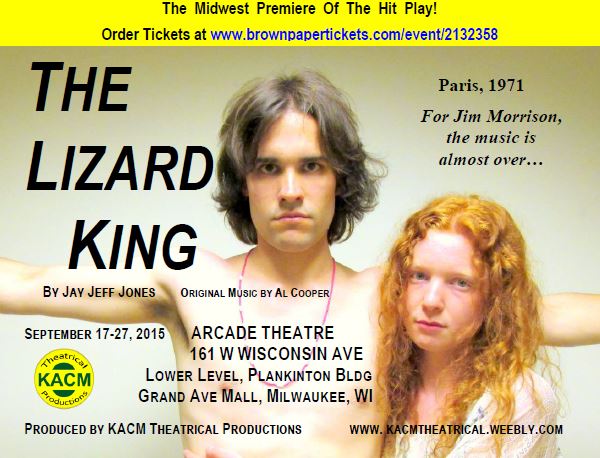 SYNOPSIS
The year is 1971, but time has no meaning for Jim Morrison, lead singer of The Doors; and in the Paris apartment he shares with his longtime girlfriend Pam Courson, the music is almost over.

In the twilight of the strangest life he's ever known, Jim is still a ferociously dangerous poet, compelled to spill his white-hot and alcohol-fueled passions into a tape recorder.  Words pour out of him as if dictated by a higher force; his intense, troubled relationship with Pam, along with recollections of his friend and romantic rival Tom Baker are blended into the fabulous and chaotic world of gods and monsters that propelled Jim to his spectacular stardom and then to - The End.   ﻿