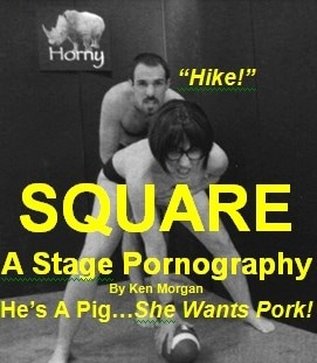 SYNOPSIS
SQUARE: A STAGE PORNOGRAPHY IN ONE ACT is an erotic comedy that explores the crisis unattached people face in their late twenties.  Eternal high school jock and big-man-on-campus Thomas Pankratz is in a rut and doesn’t care.  Smug and content in his extended adolescence, he happily goes about his daily business of being lewd, crude and clueless until the warm summer’s night he gets a surprise visitor – the girl he has dismissed for twenty years as dull and “square”.  Johdell Lovelien is a talented engineer who is proud, successful and tired of people shunning her company.  Once again ignored instead of appreciated, she takes the initiative and comes up with a plan finely engineered to get the attention she knows she deserves.  He’s a pig.  She wants pork.  And two grade school acquaintances struggle to discover each other.  Can This Be Lust?  Contains nudity and simulated sexual situations. 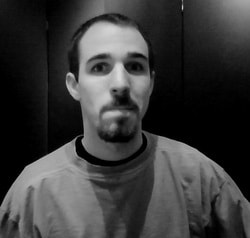 Joshua has been acting since the age of seven through Fine Arts Elementary School, where he caught the performance bug. Throughout his formative years he received many lead and secondary roles; which shaped him into a character actor. One of his favorite roles from this period was with Racine Youth Players, a youth run acting troupe out of Racine, WI, where he played Prez in THE PAJAMA GAME. He attended Aquinas College in Grand Rapids, MI where he found that you could actually learn the wonderful world of theater while under the watchful eyes of playwright Randy Wyatt and actress Deb Keller. His favorite role from this period was John in Mamet’s OLEANNA. He also played Judas in CORPUS CHRISTI with Theatrical Tendencies in Milwaukee.  His favorite playwright is Tennessee Williams. 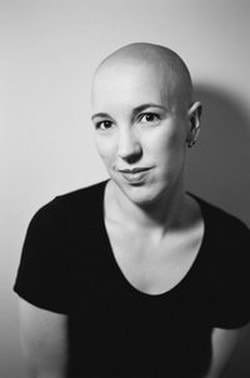 Jenna is the twisted product of Catholic schools, from preschool through college (but she got better). She warmly thanks the cast and crew for the unadulterated privilege of working with them on this edgy project. Jenna is a character actor who has had the wonderful luck of finding juicy/meaty roles to play, regardless of their size. Last summer she co-produced (with The Alchemist Theatre) and starred in the Wisconsin premiere of the intense psychological drama CLOSET LAND by Radha Bharadwaj. Other Alchemist roles include Vadoma the Damned (gypsy cult leader) in DRACULA: THE UNDEAD and the Mayor of Christmas Town in RUDOLPH THE PISSED-OFF REINDEER (the first year of its performance). Recently she enjoyed her role as high school sex ed teacher Ms. Rausch in Vince Figueroa’s 8 BIT WARRIOR, staged at The Alchemist. Jenna holds a BA in Theatre from Cardinal Stritch College, and other unrelated degrees. 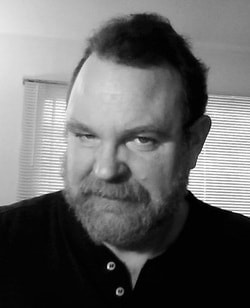 Tom has been involved with Milwaukee area theatre for the past 23 years performing with such diverse groups as Fest City Singers, Village Playhouse of Wauwatosa,
The Floating Repertory Ensemble and Pink Banana Theatre. For the past eleven years he has been a member of Dale Gutzman's Off-The-Wall Theatre troupe where he plies the boards as well as providing technical and lighting assistance, costumes and props, special effects and logistics for set materials. This will be his debut as stage director and will be relying on the training and knowledge gleaned from working with Mr. Gutzman to make your experience of the world premiere of SQUARE an enjoyable and provocative evening of live theatre. 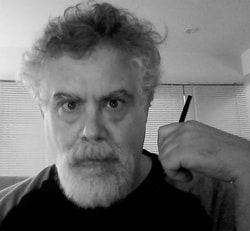 Born in Donora, PA, raised in Manitowoc, WI, Ken studied theatre at the University of Wisconsin-Eau Claire and the American Academy of Dramatic Arts in NYC.  Ken has performed, directed and produced in Minneapolis/St. Paul, Los Angeles, New York and Phoenix, and has worked in Milwaukee with the Off-The-Wall Theatre, R.S.V.P. Productions and Pink Banana Theatre.  His favorite role was as DOCTOR FAUSTUS with Joyce Parker Productions.  The author of several plays, skits and books for musicals, Ken thanks "The MissteryousOne", for giving him the inspiration for SQUARE.